You may enlarge any image in this blog by clicking on it.  Click again for a detailed view.

Our Costa Rica adventure included a hike one morning in search of Spectacled Owls.  We were led down a narrow jungle trail by a man named Cope (pronounced “Co-pay”).  Cope is a naturalist and an illustrator of wildlife of considerable renown and his land is an enclave of pristine jungle.

We walked down narrow trails that were, at times, saturated with water to a depth of a couple of inches and that were, at other times, slippery with mud.  On a couple of occasions we crossed narrow streams on bridges made from a single plank.  The humidity was intense.  The adventure was made more interesting by the fact that all of us were lugging camera gear, including long telephoto lenses and tripods, which not only weighed us down, but that (in my case) kept getting tangled up in brush.  I was further weighed down by the fact that I was carrying a second camera, lens, and flash set up for closeup photography.  And then, there were the mosquitoes, thousands of them.  Some of them treated my insect repellent as marinade and I got bitten quite a bit, especially on my forehead, hands, and wrists.

After a while, Cope asked that we stop.  He turned and disappeared into the forest and was gone for 10-15 minutes.  He returned and announced that the owls were up ahead.  He asked us to walk as quietly as possible.  We inched along for another 10-15 minutes, finally stopping again.  Cope pointed up into the forest canopy, and there they were, three owls perching above us.

Photographing them turned out to be almost as much of a task as getting to them had been.  My tripod was woefully inadequate, far too light for owl photography in slippery mud.  The lighting was fairly dim, making it difficult to obtain an image that wasn’t grainy and “noisy.”  Furthermore, a thicket of leaves and small branches seemed to obscure the owls.  At first, I despaired of getting a clean shot at them.  I kept moving, a few inches to my left, then to my right, looking for an opening in the leaves.

And, suddenly, I found one, an unobstructed view.  I made a series of images, not expecting to get anything useful.  However, to my delight, some of my images actually turned out well.  I captured this image of an adult Spectacled Owl sitting next to a juvenile bird (the juvenile has distinctive white plumage on its head).

Spectacled Owls are large birds of prey that inhabit the forests and jungles of Central America and Tropical South America.  An adult Spectacled Owl is about 19 inches tall (about 48 cm), and weighs up to about 1.9 pounds (about 900 grams).  It is a bit smaller than our Great Horned Owl, and is tropical America’s largest owl.  These birds fill a very similar niche in their preferred habitat to that filled by Great Horned Owls in North America.  Spectacled Owls are active primarily at night.  They are classic perch and pounce hunters.  Their hunting style is to wait silently on a branch for prey to come beneath them and then. to descend silently, grasping the prey with their talons and crushing or stabbing it to death.  Prey includes a wide array of creatures ranging from large insects to mammals as big as squirrels and opossums.

I had more fun on my Costa Rica trip than I’ve had on any photographic expedition that I’ve taken.  Much of that fun included encountering and surmounting adversity.  Capturing a good image of these Spectacled Owls was a wonderful experience but it was made much more so by the fact that I had to work for this picture. 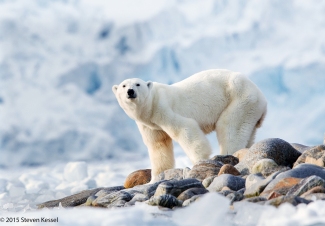 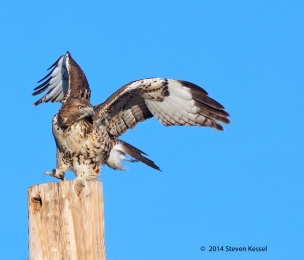 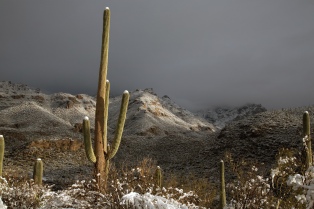 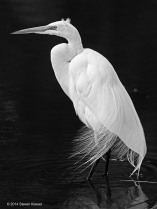 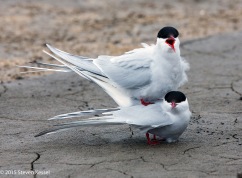 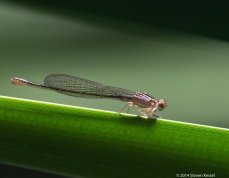 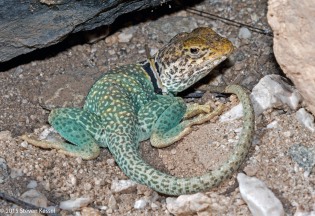